After billion hours of working, tons of coffee, uncountable sicks and cries, thrilling drama, months of waiting since pre-order, I finally have my 1st ever brand new car. That is just hyperbolic to show how hard I worked to get my self a dream car. A car that since 6 years ago I dreamt every day in my life and one of causes that made me wake up at night and kept me working in the morning. Nggak tanggung-tanggung, it’s a brand new BMW 328i Sport 2012 alpine white, the latest 3 series F30, sixth generation. I’m proudly the first owner in Bandung city, how awesome is that?

I have owned a third-hand BMW 320i E36 1994 since 2006. Off course, It’s not new but very satisfied with it. It helped me going to my meetings that eventually helped me run my business. It (and off course God) saved my life when I had accident back in 2007. It drove me in my first date with my future wife, and transported us in our dates ever since. It has a cool licence plat no, D 1611 IT, spelled as DIGIT, and the last two alphabets are IT, which is my working field. It’s in a good shape until now. It’s been a great journey with it. It’s time for it to retire, or maybe owned by the next lucky owner.

Back to my new car. I found the info about it in 2011 when the BMW is releasing the sixth generation of 3 series, F30. It is the successor to the E90 model and was first unveiled on October 14, 2011, in Munich, Germany. I came by at several local BMW expos during the end 2012, and asked about the F30, the salesman said that it won’t be available in Indonesia until early 2013. The local dealers still had many E90 stock and still has no plan to sell F30 in 2012.

However, the F30 still became my target, or obsession more precisely. But the dream was immediately turned down due to some hard time in my business during the end of 2012 until the early 2012 and I got back-stabbed by my co-founders. After my business started to recover and get back on my feet, that dream started to be seen again. More over, local official BMW dealers has started their campaign of the new F30 on June 2012.

Fast forward the super nervous days, got another call from the dealer on Oct 2, 2012, telling that my car has arrived at the its Bandung office. The salesman took photos when it arrived. Notice that there’s a stamp on the windshield, saying that my car’s a “Unit Prioritas” (prioritised unit)…ouw… 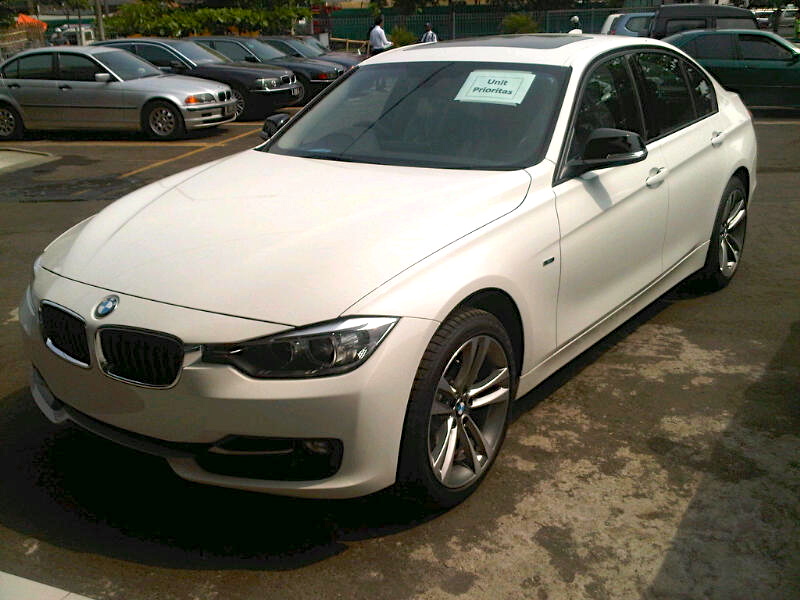 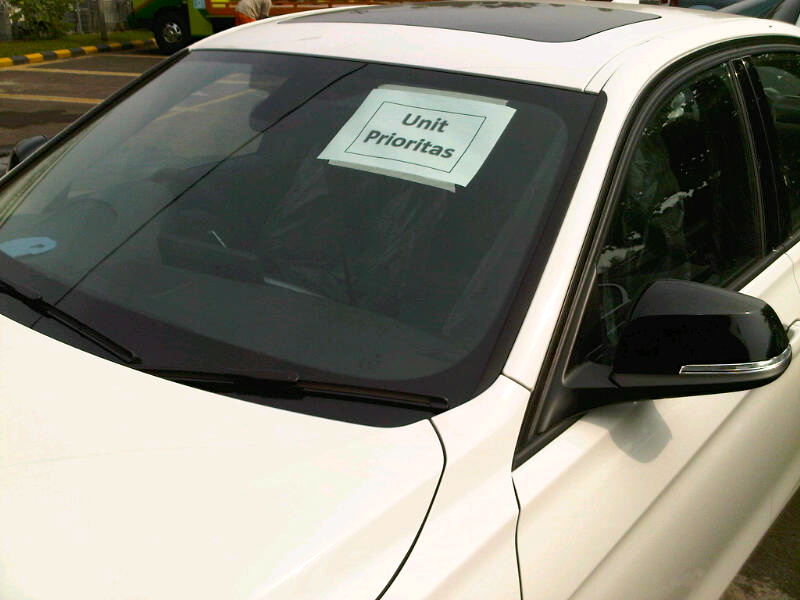 It took 2 days to prepare the car, from programming, registering it to the BMW at Germany, put on glass film, and thorough checking. And finally, on a historical day in my life, on Oct 5 I picked up my car at the dealer. My mind blowed when the first time I met my dream car. The smile is all over my face. I made a video to show how exciting I am: 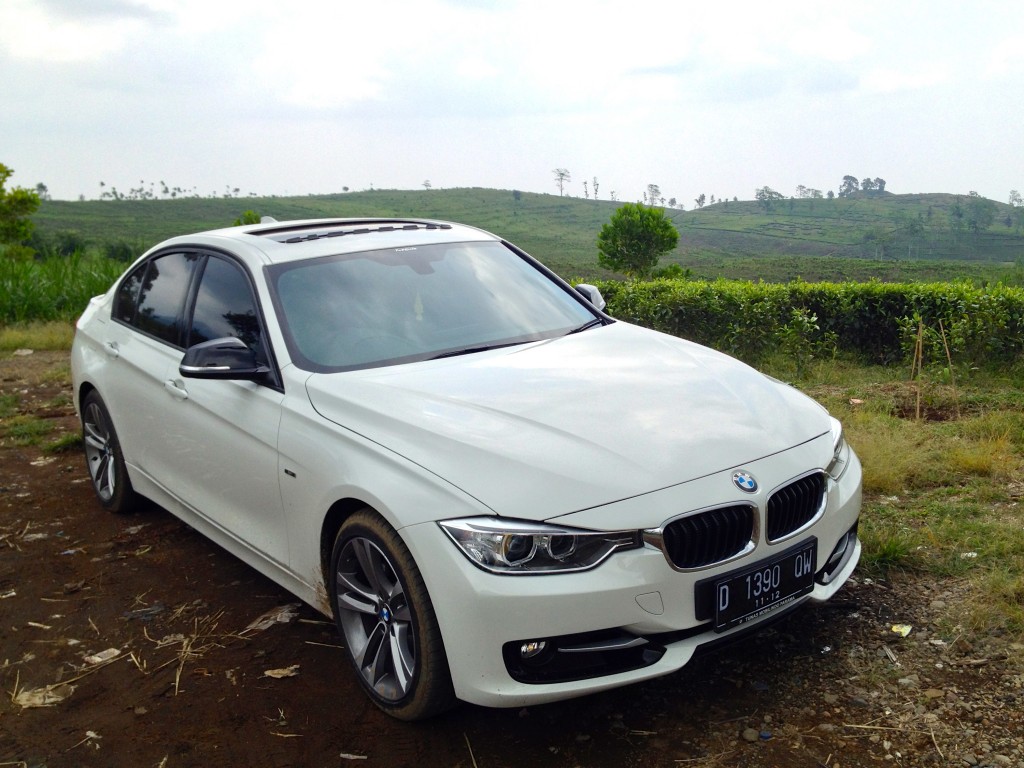 Took that photo when I drove it on a vacation a day after I picked it up. 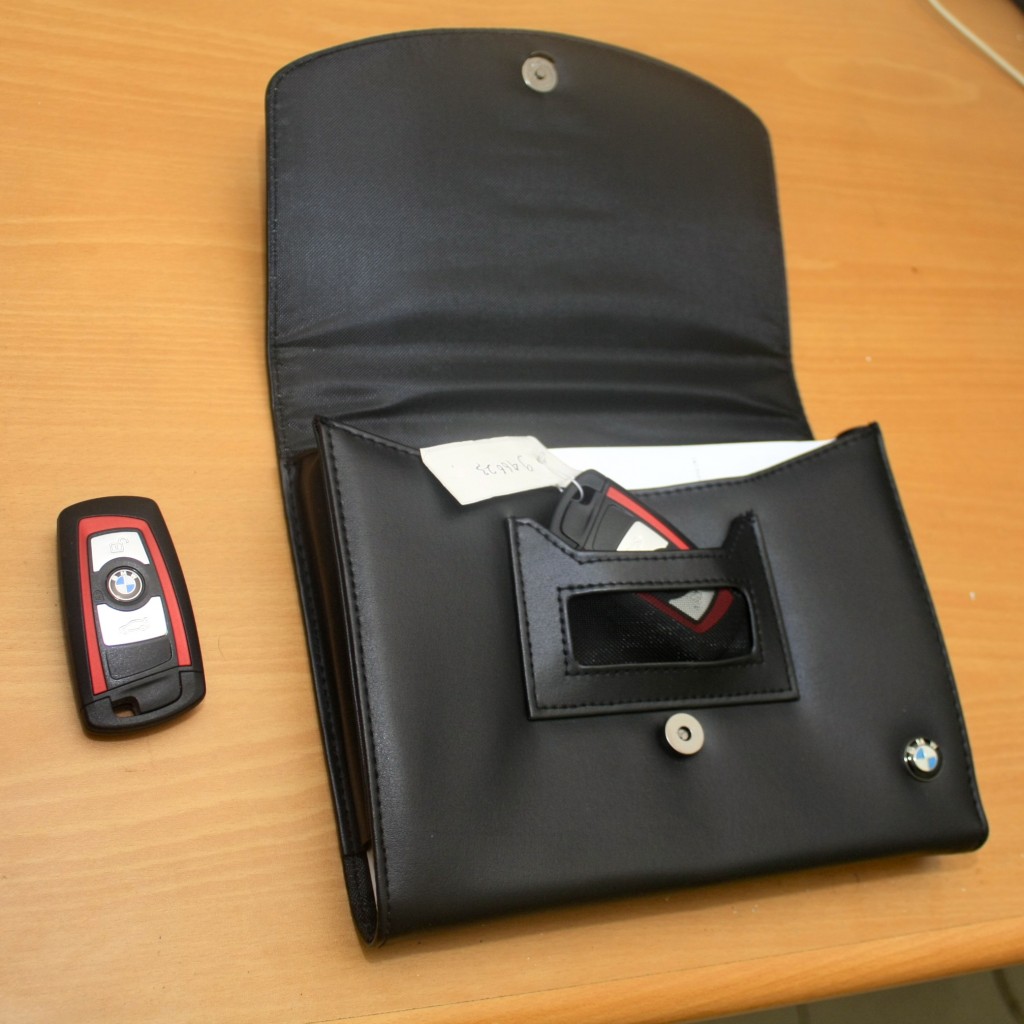 The car came with this package, the key and backup key, manuals, and other stuffs.